The Honolulu Fire Department (HFD) reminds the public about fire safety and prevention when cooking and safeguarding your kitchen.

The HFD responded to fires at two separate high-rise buildings this past weekend, both of which originated in the kitchen.  One was caused accidentally by a stove, which was unknowingly turned on, while the other was due to overcooked food.  The outcomes of both incidents could have been more serious, even lethal, had smoke alarms and sprinkler systems not been involved.

On May 9, 2021, at 2:30 p.m., the HFD responded to a building fire at the Marriott Ko Olina Beach Club’s Naia Tower, which is located at 92-161 Waipahe Place in Kapolei.  The 911 caller reported black smoke in the 11th floor lobby area.  The building’s fire alarm system activated and prompted guests to evacuate.

The HFD responded with 9 units staffed with 28 personnel.  The first unit arrived on scene at 2:42 p.m., established command, and investigated further.  Fire fighters secured a water supply, proceeded to the 11th floor, and located the smoke source to one of the units.  Entry was made into the unit, and fire fighters found the fire already extinguished by the fire sprinklers.

The cause of this fire is accidental due to one of the stove’s knobs being accidentally turned on.  A hot burner ignited a cardboard box that was placed on the stove’s glass top.  Fortunately, smoke alarms and two fire sprinklers within the unit prevented this kitchen fire from spreading.

The fire was extinguished at 2:54 p.m.  No injuries were reported, as three adults and five children were not in the room at the time of the fire.

On May 8, 2021, at 11:12 p.m., the HFD responded to a building fire at the Marco Polo condominium.  The 911 caller reported gray smoke in the 10th floor hallway, the building’s fire alarm system was activated, and the residents were evacuated.

Initially, the HFD responded with 6 units staffed with 22 personnel.  The first unit arrived on scene at 11:16 p.m., reported no visible signs of smoke or fire, established command, and secured a water supply for standpipe operations.  Fire fighters proceeded to the 10th floor and were met by security, who informed them that smoke alarms had activated on other floors.  A second alarm was generated, and an additional 5 units staffed with 20 personnel responded.

Fire fighters located the source of the light, gray smoke emanating from a residential unit where the tenant reported overcooked food on the stove.  The fire was already extinguished, and the second alarm units were cancelled.  Fire fighters ventilated the unit and the lobby to clear the smoke.

Fortunately, there were no injuries.  The Marco Polo condominium is being retrofitted with automatic fire sprinklers.

The HFD reminds the public to be proactive and have an evacuation plan.  Everyone should adhere to the following National Fire Protection Association safety tips when cooking: 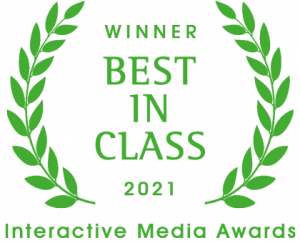